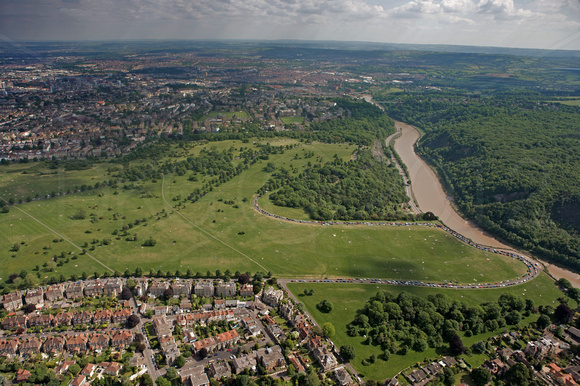 Its a miracle that this blog still exists after all that happened to the site last August and since. Its been a long time since I posted anything so this is a synopsis of the situation. I had a problem develop in Athens a few years ago whilst trying to maintain my 100km a day goal at the end of the third day. I had to take an enforced rest due to my foolishness and every race Ive participated in since then has featured a 24 hour period where I was incapacitated or disabled for some period. This happened in a susequent Athens event, Norway and last year in Hungary.
After Hungary which was in May and which I walked for the whole 6 days, I decided to rest it and ended up running about once a month due to my job as a postman I was still able to maintain “runner status”.
This year I will be able to take part in the Italian 6 Day in Policoro if I get my act together. To that end I have started running again to try and get into some kind of shape and to see how my knee will respond. I will probably go and see a physio to try and prevent a re-occurrence of anything untoward. Thats the current plan…

Most of my runs are a 5 mile loop plus running home from work occasionally. The plan is to keep it at that level and to increase the frequency of the runs back up to five a week plus the long run. I havent been keeping track of my runs for a few years now but that is a good thing to encourage sustained activity.

Comments Off on Basic Downs Loop

I didnt run for almost 2 weeks after this and then I decided I wanted a long run and began thinking about where to go. With my birthday coming up I decided running to Penrhiwfer in the Rhondda Valley would be a challenge. I planned to leave very early in the morningestimating it would take 15 hours or so as I wasnt rushing. With one thing and another my birthday rolled around and I still had not left. I got up at 7 thinking I could pack and be out by 8 giving me a good chance to get there this side of midnight. However the Faff Factor dug in and as it rained most of the morning so getting ready was a challenge in itself. Finally at 11:35 I was closing the door and on my way. It had stopped raining and the clouds were breaking up. One thing that did concern me was the weight of my backpack. Not sure of my plans, I included the kitchen sink and I weighed the pack at 10 kg. Not having run with that kind of weight before I did not know how it would go. I had been running home from work with 2-3 kilos but 10 is another matter.
Google maps indicated it was about 53 miles to Penrhiwfer which I estimated could take 15 hours or so as I wasnt in a rush. By the time I left it was 11:30 and the morning rain had stopped. Bythe time I got to Aust it had cleared up and the sun was shining – it was a beautiful day.
However the weight of the pack had slowed my pace and it was starting to get uncomfortable. After a meditation on the Sri Chinmoy Peace Blossom Bridge I made my away across the Severn and into Wales.
That section to Newport was hard going and it was 8 oclock before my largely walking pace saw me arrive at the Train Station where I decided to catch the train to my destination so I wouldnt arrive in the middle of the night. The route I took looks pretty close to 50 km so there was a mile or so of walking at the other end that made me feel able to say I had run 51 km on my birthday. My first Birthday Run.

Comments Off on The Birthday Run 2011

Back In The Saddle

I’ve not stopped running. Over the last few years though my mileage has decreased and over the last two years most days I didn’t run. This summer though I wanted to get back into some kind of shape and then all kinds of things started coming out of the woodwork. First goal was the Self-Transcendence 24 Hour race in Tooting Bec.

Some time in July I pulled a muscle in my calf at work. Not such a big deal I thought, I’ll have a day off running and then run it back into shape. So I had a day off and the sensation had decreased somewhat and I ran all the way home but it definitely didn’t feel right. Some people may be thinking “This guy’s nuts – running with a pulled muscle is plain stupid”, however, I believe and I know that  the body can adapt very quickly to damage and can heal itself very quickly under the right circumstances. But this time there seemed to be a problem and so the next day I just walked for an hour and the following day it was no better so I had the weekend off and the following week began to run again. It was still the same.
Over the next 5-6 weeks I cut right back on the running and walked instead and it recovered enough to be able to run but the problem was still there. Finally on the eve of the race I went to see a physiotherapist for advice – more psychological support than any thing else and after a calf massage the therapist said it would be fine.

Not having run for more than 2 hours since the run to Bitton, January the 21st, I was concerned about how it would hold up and had changed my goal to survival for 24 hours – even a marathon would do as long as I could keep moving until the end.

I began conservatively with a run/walk schedule until I felt that it was not necessary to be so structured and moved at a comfortable yet relaxed pace. Sometime late in the evening another issue arose that needed a short period of relaxation which amounted to a substantial break. I came back